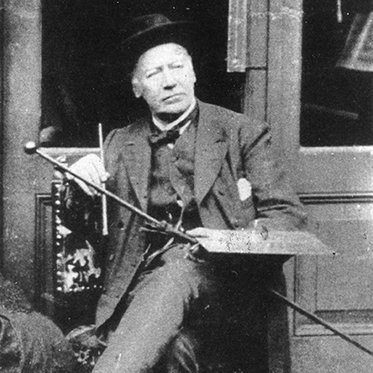 Paul Tetar van Elven was born in Antwerp (Belgium) in 1823, to Dutch parents. He grew up in an artistic family, and continued his studies at the Art Academies in Amsterdam and The Hague. By 1850 he was already achieving some measure of fame as painter of portraits and interior scenes, following the fashion of the time. His chief interest lay, however, in historical paintings – representations of key events in Dutch national history. He remained true to the academic principles of his artistic training; contemporary movements, such as Impressionism, largely passed him by.

Following his appointment as drawing master in 1864, Tetar bought his grand canalside property on the Koornmarkt. He was to live here for 30 years, with his first wife Louise Schmit and, after her death in 1884, with his second wife Mechelina van Duuren. Neither marriage produced any children. Tetar was a traditional, somewhat old-fashioned teacher, who was nonetheless much loved by his students. As an artist and as a Romantic, he felt out of place in Delft, a “dull” town, full of “the butter trade and Mechanics”. There was little in the way of art and culture in Delft at that time, and that was maybe what prompted him to bequeath his house and collection to the city.

During the holidays, Tetar and his wife travelled extensively, to the art galleries of Dresden, Paris and so on, where Tetar faithfully copied the works of old masters.

After he retired in 1894, Tetar retired with his wife to Scheveningen, to a house named “Ars Longa, Vita Brevis” (Art endures, but life is short). Tetar died there in 1896. Mechelina ensured that his last wishes were respected and in 1927 his house in Delft was opened as a museum. 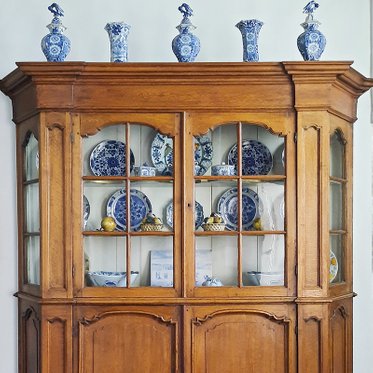 That was the description by Paul Tetar van Elven of the inventory of his house on the Koornmarkt – and which was to form the display collection of the future museum. Visitors to the museum can see that Tetar’s wishes have been fulfilled.

Tetar was, like many of his contemporaries, an avid collector of art and antiques, in particular of objects from the 17th century. As a painter of historical scenes he needed authentic examples of the objects he depicted in his paintings. This explains the many items of antique furniture, prints, books, weapons and other decorative objects in his collection – and a number of these items can be recognised back in his paintings.

Whole cabinets full of pottery and porcelain from Delft and the Far East give us an insight into the enthusiasm with which he collected. The historical costumes he mentioned in his will are extremely fragile, and are only displayed on rare occasions. 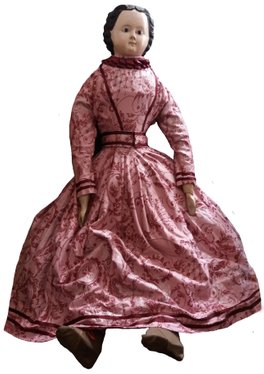 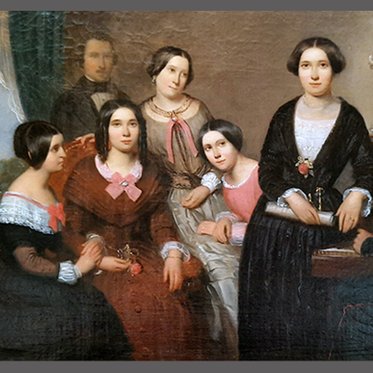 Paul Constantin Dominique Tetar van Elven was born in 1823 in Antwerp (Belgium) to Dutch parents. He was the youngest son of Henricus Lambertus Tetar van Elven and his second wife Dorothea Carolina de Hosson. He grew up in an artistic family. His mother was the daughter of painter and drawing-master Bernardus van Hosson, and his father (a civil servant) took a keen interest in literature and poetry.

Two of Paul’s half-brothers were already professional artists, after having trained at the Art Academy in Antwerp. Martinus Gerardus (1803-1882) trained as an architect and became Director of Architecture at the Amsterdam Academy in 1835. Jean Baptiste (1805-1889) trained as an engraver and painter of city scenes, church interiors and portraits. Jean Baptist’s son, Pierre Henri Theodore (1828-1908), was the one who would, literally, go furthest: he was a painter of landscapes and city scenes and was appointed court painter in Italy, where his name still commands respect. The reason that Paul trained in Amsterdam, and not in Antwerp like his brothers, is that the family moved back to The Netherlands in 1830, following the Belgian secession. Father Henricus took up an appointment at the Ministry of Interior Affairs in The Hague.

Paul married Louise Schmit in 1823 in The Hague. She was the youngest of the four children of Carel Leendert Schmit, an administrative officer at the Ministry of Interior Affairs, and Elisabeth Catharina Luning. Paul made a number of portraits of Louise, and her features can also be seen back in subjects appearing in his other paintings. Louise played piano and Paul played the flute. Together they were active members of the Delft cultural society “Toonkunst”. They travelled extensively together throughout Europe, until her fragile state of health confined her to the house.

After Louise’s death, Paul remarried quite quickly, to Mechelina van Duuren, who was 30 years his junior and came from Den Bosch. The couple lived on the Koornmarkt until Paul retired in 1894. Then they moved to Scheveningen where Paul died in 1896. Mechelina remarried in 1899, to Gerrit Anne Pitlo (1848-1918). Unfortunately, there are no known portraits of Mechelina.

In her will, Mechelina stated that the final wishes of Paul should be carried out. According to her directions, the Paul Tetar van Elven Museum Foundation was created, with the aim of preserving the collection and transforming the house into a museum.