This exhibition has been extended to October 10th 2021.

Wassenburg (Delft, 1896-1970) was self-taught, and was christened the “Prince of Delft’s Painters” by his fellow artists. Drawing and painting were in his life blood, and he found inspiration both in Delft and elsewhere.

It is thought that Arie Wassenburg produced around 400 paintings. A few of them hang in museums, but the majority is in private collections.

His paintings are recognised for their quality; he made regular sales and won several prizes. 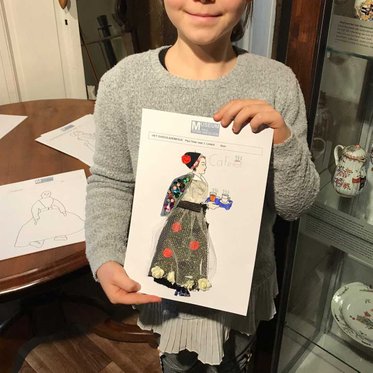 Due to Corona restrictions, the workshops for children have stopped temporarily.

On the first Sunday of every month you can get a taste of how it is to be an artist! From 2pm to 4pm there is a creative workshop in the fascinating attic at the Paul Tetar van Elven Museum.

Do you want to decorate the “Chocolate Girl”, that Paul Tetar copied from artist Liotard, or make a doll of Marietje the niece of Paul? Or you could even make a portait of Rembrandt – the choice is yours!

The finished work is, of course, yours to take home. 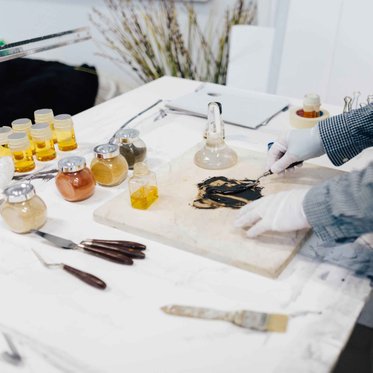 Due to Corona restrictions, the visits have stopped temporarily.

Teachers – come with your class to find out what life was like in the 19th century. Students up to 18 years have free entry to the museum. You can visit us independently, book a regular guided tour, or a special museum lesson. For all of these, you need to reserve beforehand.

There are many educational possibilities based around the house and its collection.

More information is available in our downloadable brochure (in Dutch). Or, contact us for a tailor-made programme.

Female artists are now beginning to receive the attention they deserve (inter-)nationally. In the last few years, major museums have started to organise exhibitions with works of (groups of) female artists, some of whom had only hitherto been known in their own circle. Schwartze is also now being recognised.

Schwartze was trained from a young age by her artist father Johan George Schwartze. He prepared her to make her own living as a professional artist. This was highly unusual for a woman in the 19th century, but the gamble paid off: Schwartze became a celebrated portrait painter of royalty and of wealthy Amsterdam families. One of her self portraits even hangs in the Uffizi in Florence; she also had customers among the international elite.

Whether Schwartze and Tetar knew each other’s work is not known, but it’s possible that they did. Their work shows both similarities and differences: both were inspired by the work of Raphael, Rembrandt and Velázquez and both had learned their art by copying. But their working method is very different. Tetar’s portraits are technically very competent, traditional and rather formal. Schwartze’s portraits, on the other hand, are extremely accurate, and executed in her own much freer style.

What is on display during this exhibition? Portraits of course – in oils, pastels, charcoal and chalk. There are works on loan from museums and also from private collections. Portraits of princesses, professors and family members. The highlights of the exhibition are two enormous family portraits of the Van Ogtrop the Boissevain families, on loan from the Central Museum and the Amsterdam Museum.